Another wave of extorionate Eurostar tickets had me taking the FlixBus from London to Maastricht once again back in May. This time though we travelled by ferry as opposed to the tunnel, much to the grievance of many on board. This ride came with its fair share of entertainment and drama as the first! This time my mum joined for the ride, so the four hour transfer time in Brussels wouldn’t be so daunting. The bus was rammed! Every seat taken. We set off an hour late from Victoria, and on route to Dover there was a small disagreement between passengers. Some f bombs were engaged. Nevertheless we made it Dover unscathed, and breezed through border control by just showing our passports. Then onwards to the ferry docking. We got in line to board just before 12, and weren’t on board to just after 2. Everything about this Flixbus stint required patience. I didn’t recall ever being on a ferry before so this was a pretty cool experience, if more lengthy than my previous journey by this method. We drove onto the ferry and were directed to level 8 to spend the 90 minute travel time. We took a little tour around the boat, which boasted several eateries, a shopping area, video arcade, and …. before settling into a food court on a deck 9. We tucked into fish and chips and gazed out the window for the majority of the trip. You can see a highlight reel below: We got disembarked much faster than we boarded and were on the road, much delayed, a fast first stop would be in Ghent, Belgium at 6:45. Baring in mind we were supposed to arrive in Brussels at 16:40 many weren’t pleased. I was however unfazed and every delay just meant less time hanging around Brussels North station. Thank goodness for that long ass transfer time. As I write now, we should be arriving Brussles. It’s quarter to 8, and there’s just an hour to go to our connecting bus. Not bad FlixBus numeros dos, not bad at all. We took a little walk to see if we could find a convenience store to pick up a few bits as we were arriving to Maastricht very late. Supposedly there was a store about 10 mins away so we set to walking, but alas upon arrival there was no such store to be found. Maybe it was a little hidden from view but with time beating on us, we didn’t have time to search. We headed back to Brussels North to pick up our final bus to Maastricht. It fortunately arrived quite promptly, and had just a few people aboard. Now our final ascent to Maastricht. Should be arriving around 23:30. All in all, a pleasant journey, but a very long day! Wouldn’t do it again in a rush. My next trip to London will be by plane as the tickets were somehow dirt cheap! Just £21 on Easyjet from Amsterdam to London Gatwick. Very much looking forward to making this familiar journey in a much timelier fashion! 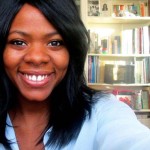