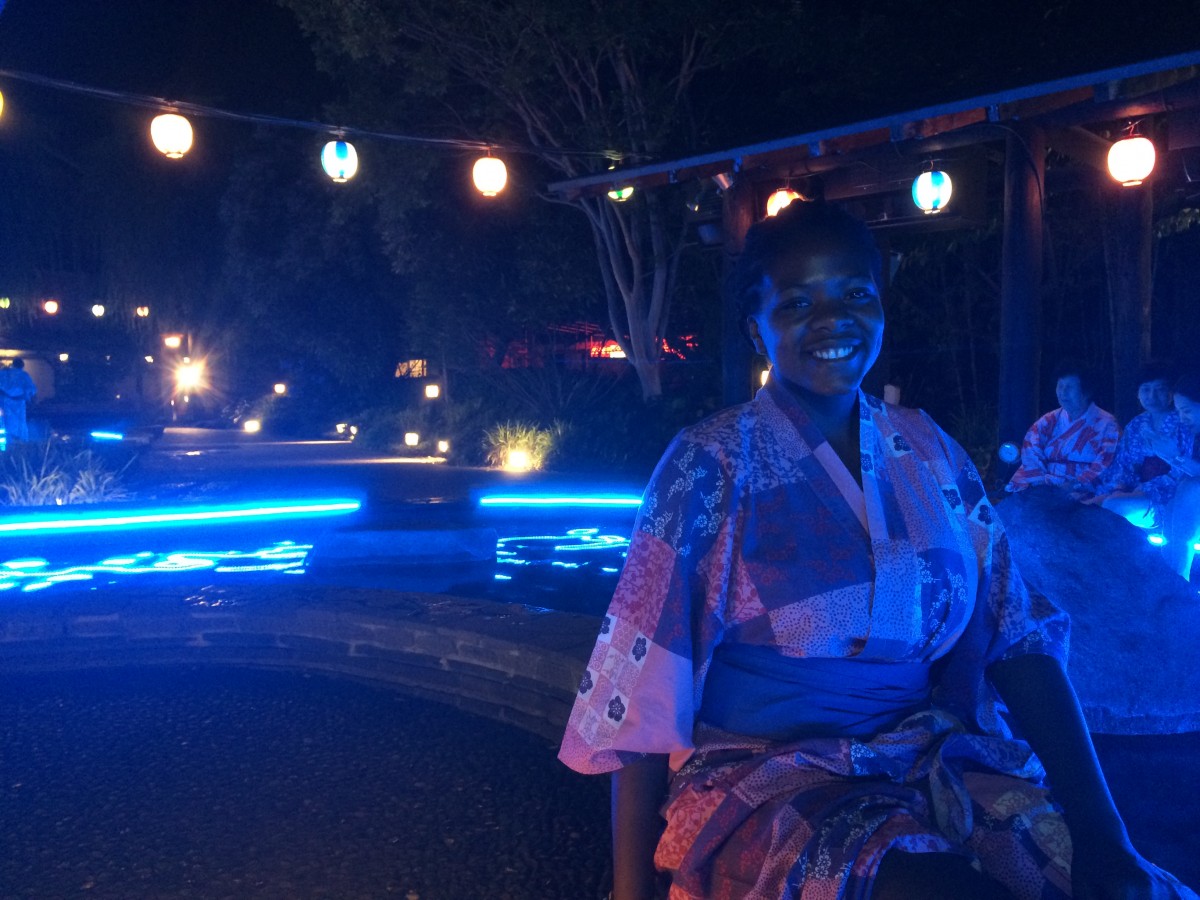 January saw me turning quarter of a century old in the motherland – Jamaica. Sadly it wasn’t all sun and sea, as the island was hit by an awful storm during my visit, which produced copious amounts of rain and cloud during our stay. On the bright side, the sun did rear it’s head on the 17th and I spent my birthday practicing yoga on the beach and bobbing in the sparkling blue waters. There’s nothing like looking out at the ocean to remind you just how small you are. This was a beautiful way to bring in my new year, one that I would very much like to repeat.

I returned from the long family holiday to snowy Maastricht; serene and picturesque. Not too mention, bloody freezing! I attended my first Dutch Carnaval, and got hit far too hard for the last time at Kickboxing. I threw in the towel shortly after, as Tolly T would say; “I can’t come and die.”

I had a visit from my gal pal Nike which was so nice! She’s been with me via voice note from the moment I got the job offer abroad, through my moving, furniture assembly and work ups and downs. This made it all the more surreal to welcome her to my life abroad. I showed her all my Maastricht faves before we ventured to explore Amsterdam together.

This was the beginning of my shooting back and forth to London as if it was just the next town over from Maastricht. I saw Harry Styles in concert in London, before heading swiftly into the beginning of what was a magnificent Summer in the Netherlands. Imagine, me, having a picnic and sun bathing in the height of April. Madness. With reduced work hours, I made a point of getting out more to explore my surroundings on two wheels. Maastricht and its multitude of views never ceased to amaze me.

Took a spontaneous trip to Copenhagen to celebrate a friend’s birthday as flights were so cheap at the time. Let’s just say, the flights were the cheapest thing about Copenhagen! A beautiful city, that’s definitely giving London a run for it’s money in prices. I attended an awesome Eurovision party across the border in Germany and got more stuck into this very blog! Also put in some serious time attempting to master the art of the candid insta photo; the results of which are dotted throughout this post and wider site!

I came home not too long after, to attended the Royal Wedding (as a dear guest of Megan’s of course) which was wonderful, and see the incredible Trevor Noah with mother dearest. His book, which I highly recommend, gave so many insights into this incredible man. He got into comedy by chance, but you can 100% count on him for true belly laughs.

After this I had just a week back in Maastricht, before I was off to Japan via Amsterdam. Thinking back on it now, all those journeys, makes my head spin just a tad.

Japan was frickin epic, and easily one of the best trips I have ever taken. Down largely to the incredible hosting of my friend Miwa. I gush about the trip loads here, here and here, and still have some more to post about and to say to literally anyone who will listen.

On my return to Maastricht, everything seemed lame in comparison, the shops, the food, the toilets. There was definitely some serious post-Japan blues. This was helped by one final stint to London mid-month to see Bey, Jay, and Ed Sheeran in London. This visit marked the end of my crazy back and forth for a couple of months.

2 years loc’d and still very much loving it! I’ll have to do a separate post on the loc journey as it has been tremendous. This month was pure bliss. By day, I was catching sun rays and saying my goodbyes to Maastricht and friends, Whilst by night, I was trying desperately to keep cool in my loft room, and alternating between Love Island and the World Cup matches.

I moved back to the UK at the end of the month, on what had to be the single most hottest day of the year. It was the workout of my life, lifting all my belongings down three flights of stairs in the sweltering heat.

Home sweet home, and trying to unpack a large studios full of things into my already full childhood bedroom. This was no easy feat, but my reward was heading off to Asia for a second time, for another birthday celebration – this time, Thailand! Which was an incredible experience all round. Elephants, amazing food, market shopping and a near death experience all contributed to this being an unforgettable trip. More posts on all this to come!

As if I wasn’t chocolatey enough, this month marked the last trip of the year to Antigua. Here I tried my first braid out, which I adored, and is quickly becoming my default setting. I also finally finished my Skillcrush Javascript Module. Goodness gracious it was difficult, but so rewarding once all the parts finally came together. See the Noah Clock, Magic 8 Ball, and US Map I coded.

On my return home I snagged a part time job at my local S+L and fulfilled my bartending dreams! It was as tough as expected, possibly even more so but such an incredible experience. It could get pretty stressful trying to serve hoards of people throughout the afternoon, but once the lights started to dim, and the music got louder than the people shouting I was in my happy place. I also purchased and fell in love with my FitBit (post on this to come). Every shift at the Slug pushed me well over 15,000 steps so happy exhausted days all round.

Whilst propping up this bar, from the reverse side here, I was also looking for work during the week. I was making a concerted effort to apply for positions in the field of computing/tech/design and not just make slap dash applications to anyone that would have me, like I had done in the past. I usually spend hours on applications,; fully tailoring my CV, drafting a cover letter, and then re-drafting it 7 million times, before sending it all off. Typically to no response, or a swift rejection letter. Which is what made how I got my current even more insane to me. Found

And November saw me starting that job! Working 9 – 5, back in the heart of London, and not a bad view! It took some time to adjust to working life again back in the rat race.But before no time, each day after work I was out socializing and catching up with friends who also worked in the city. Just like old times. I finished up behind the bar mid-month, and finished my freelance projects so by the month’s end, I was a one job woman!

My oh my, how the year has flown! At the beginning of the month I was host to friends from the Netherlands. My host duties first included, researching what to do in London, and the carrying it out like I knew what I was talking about! The girls truly got to experience all of the weather; torrential rain, wind, sunshine, cloud, fog, the lot of it! It was a jam packed weekend, including visits to Buckingham Palace, Winter Wonderland, and the historic landmark of Soho that is G-A-Y. Loved it.

Back at work, it was all about the build up to the Christmas Party, which I’d been on an exhaustive dress hunt for, and furthermore the Christmas break. I was suitably excited for both.

I had a lot of plans for the break. All the things I would write and make, but alas nowt has taken place. But I have reconnected with the blog which is great as I have missed this.

It’s been a huge year. Like really quite huge. I can’t say I have ever had one like it. With my move back home, travels and a new job, I genuinely feel like I’m becoming the woman I’m supposed to be. Quite a grand statement, I realise, but right now everything just feels really good.

It hasn’t all been roses mind, I don’t mean to falsely present myself to future me looking back, or potential onlookers. I’ve 100% made a lot of bad choices and had lapses in judgement over the past 12 months as well, but now at least I feel like I’m learning from them, and I won’t be doomed to repeat. Only time will tell!

Goal wise, I’ve not ticked anything major off my list, but I will take these through into the next year. I’ve made professional and personal progress which has been a great feeling and I look forward to keeping this up next year.

See you in a few!