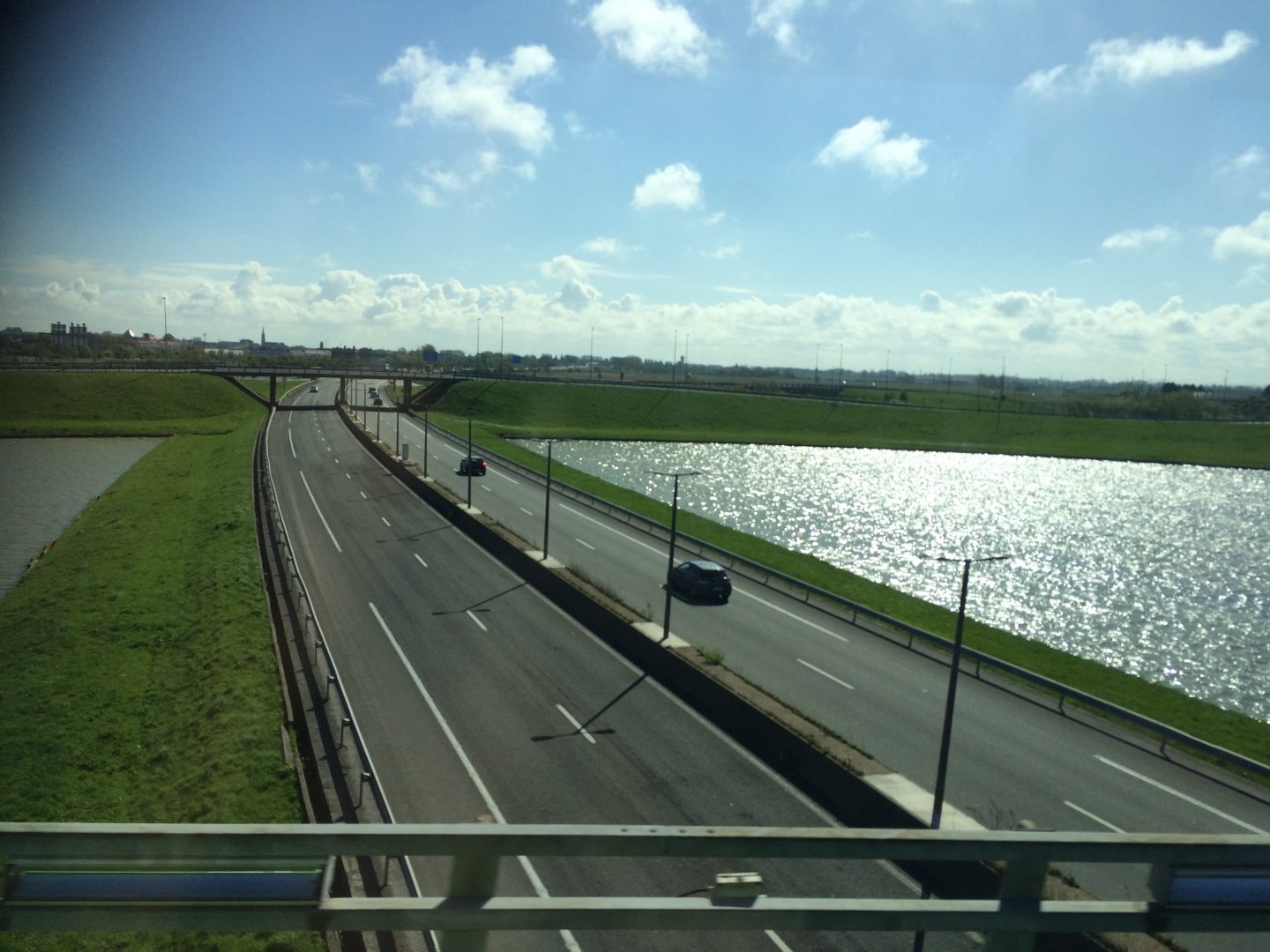 So as you may have guessed; we made it to London unscathed! Alas I wasn’t able to get any more fire action, but I had an equally great time editing documents for a friend. Helping to bring out the best of her through her motivation letter and CV so she could apply for a new role. I despise doing this for myself, but for others I find it so much fun; sod’s law right?

This was my focus for the remainder of the ride. The Euro tunnel was so smooth and fast I really couldn’t believe it. I hadn’t checked timings before my trip so had just assumed the passage may take as long as it did on the Eurostar but it was much much faster. I would say tops 40 minutes we were aboard the train. I am planning to compose a little video of clips from the journey below so future me can reminisce on the journey, and also delete these video clips from my phone. Goodness knows, space is limited!

Before we were able to board we had to go through border control. This was my only grievance with the trip. We pulled up to the French security office and were requested to get off the coach, and bring our travel documents and luggage with us to proceed through security. Fair enough. We all did so, forming orderly lines in front of the two officers servicing the department. We split into two lines, and our passports were checked. Then we were guided to a hallway where our two lines became one and we all had our luggage scanned, and our persons checked. This was all well and good, and I proceeded with no trouble. Once we emerged out of the other side of the office, we put our luggage back in the baggage compartment of the bus and re-boarded. Settling ourselves back down into our original seats. ‘That wasn’t so bad’ I’d thought, as the bus engine rumbled back in to life and we took off from our stationary position. But less than 100m of rolling forward later we came to another stop, and the driver sounded once again over the tannoy. We needed to get off again to proceed through UK border control with our documents. The only saving grace this time, was we didn’t need to take our luggage with us once again. For the second time, we all filed off and through security. Boarding again after, in the same way we had before. Finally done with it all, we began pulling off again, but this time to the protest of passengers on board. ‘Wait, wait’ they proclaimed, albeit a bit subdued. It seemed there were people missing from the coach, but no one could truly confirm this as no head count had been taken. When I turned to look out of the window opposite me, gazing back towards the security office we had been steadily pulling away from, there, was a woman, running for her life. Towards us on the coach, clearly she had yet to take her seat. Following her, was than a man, also running! A few moment later, and they could have been stranded at the border, and we all would have been the non-the-wiser! Travel in pairs where you can guys, or be prompt heading through security. Don’t stop to use the bathroom or buy a snack, you could very well get left behind!

As well almost some passengers, we well and truly left the sun behind in France, as when we emerged from the tunnel on the other side in Dover, there was nothing but grey skies to behold. Even some showers, ahh home sweet home. The journey back to London Victoria was slightly frustrating as we passed all the greatest hits of my life on the way. All of the stomping grounds I’ve ever known. I first recognised where I was once we hit Blackheath. I messaged the family group chat, to let them know my location and how I wished I could just hop off and get the bus home, as at that point I was about 30 mins away. Then we proceeded to drive through Deptford, New Cross, Peckham, Camberwell, all destinations I could easily commute home from, before continuing on to London Victoria.

We were slightly delayed so tensions on the upper deck of the coach were running high. As we approached the coach station, our final destination, the driver missed the turning, which caused a unanimous sigh to erupt from the passengers. Before I knew it, people were protesting and descending the stairs to help guide the driver to the relevant coach station. He admitted he was a bit lost, and the sat nav, had a led him astray. A cool, 20 mins or so later we pulled into the depot. I had just put the final touches to the CV and sent off both documents. For me, it was all perfect timing.

I had such a nice trip in London, though it really was a flying visit! Some pictures from the stint can be found in my ongoing London Photo Diary (which will be linked here once it’s done!).