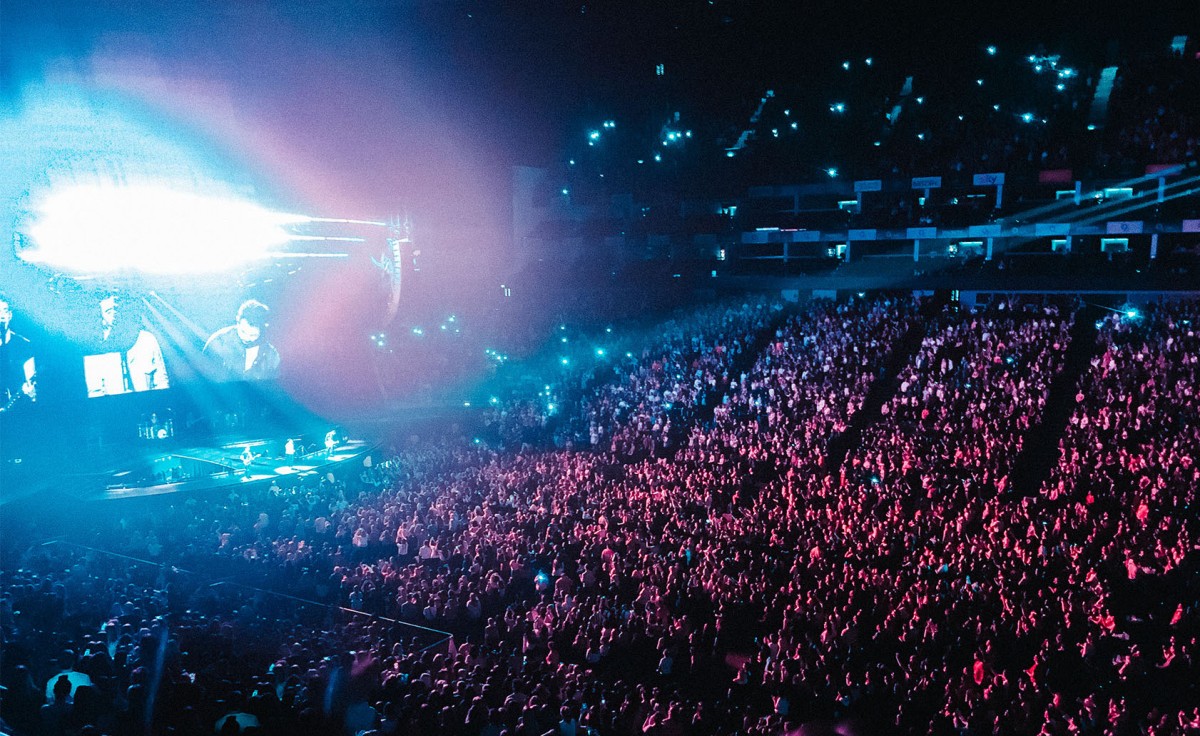 If you were ever any sort of Jonas Brothers fan, what happened at the O2 on Sunday 2nd February 2020, and the surrounding dates, would have made your heart explode. I know mine did.

We were two great girls short of our party of five due to sickness. That said, the three of us had a wonderful time! We started off with a lovely meal and cocktails at Las Iguanas Waterloo before sauntering to the O2.

Upon arrival we had another (yes another) pre-show drink at Slug and Lettuce before heading round to get to our sky high heaven seats to watch the bros took the stage.

It was at this point that something miraculous miraculous happened. Chelsea got talking to the O2 angels, and Emily had an O2 phone; somehow this equated to us being upgraded to a suite free of charge!

I have never been in a suite in my life and was suitably overwhelmed.

It was SO surreal, walking around the empty bars and hallways I’d never seen before, and getting in a lift with O2 angels, and led to a box with this view. Happiness truly did begin that night.

January was a weird month (more on that later) so all the posts I’d planned and pre written just didn’t get published. I’ve made the executive decision to leave that month in the last decade.

She’s Up and Away starts 2020 now! Thanks to nostalgia for making it all possible.

Without further ado, please enjoy the Jonas Setlist provided by getsurrey.co.uk, and fanatic commentary provided by yours truly.

I always love watching a stadium empty out in an instant after a concert. Being still, letting the glory of what just happened wash over me and just appreciating how I feel in that moment is *chef’s kiss*. In this instance, it wasn’t such a calm reflecting moment, as it was me still hyperventilating and needing some time to genuinely recover.

Our suite access permitted us entry to another VIP bar, at the exit of the O2 arena, with sultry mood lighting and a live band playing. It being a Sunday night, we couldn’t stay out too long, but it was an honour to cross the threshold of this mysterious bar for the first (and probably the last) time.

Overall Jonas Brothers – Happiness Begins…10 out of 10. The new album is a matured continuation of the catchy melodies and inspiring bops you’d expect from the trio. With a sprinkling of nostalgia that will have you reminisce on simpler, happier times, and yearning for more.