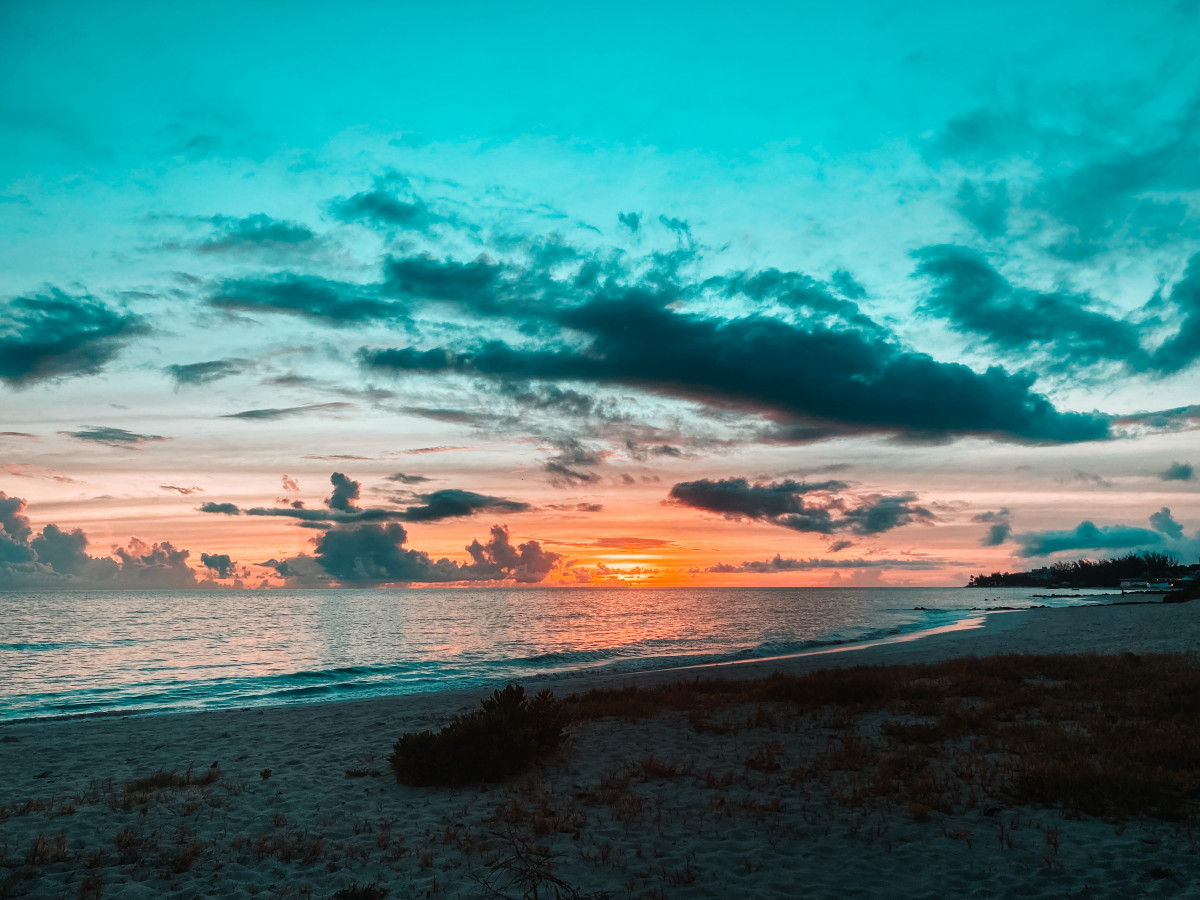 That’s the word I would use to describe my first week in Barbados.

Touching down in paradise

Jet lag worsened by a touch of insomnia and lack of nutritional food made my first week in paradise just a tad chaotic.

Settling into my new apartment, and starting a new job in new surroundings, whilst also endeavouring to post online and keep family and friends updated on everything was quite a tall order to set myself.

One that I could definitely not fulfil. 6 days in saw me having what I tell people was ‘a little wobble’, when really in hindsight, it was a pretty shaky crisis of faith. I said in my last post that I knew this journey would come with ups and downs, but I couldn’t have imagined the first ‘down’ would come so soon!

This has been a big year for so many reasons, and the 5 days I had to settle into Barbados before starting work really should have been used for nothing but some much-needed rest and relaxation.

But with Barbados historically becoming a Republic days after arrival, meeting with old friends and Queen Rihanna herself being in town, you may be able to guess R&R was the last thing on my mind.

Old habits die hard though, and it very quickly became clear that what I was doing was not sustainable. On pretty much any level. Not a great way to start my new chapter!

Settling in to new surroundings

The biggest challenge of this transition and settling in is trying to build a new routine. Whilst my ‘9-5’ often felt like a prison to me, it definitely helped me in terms of structuring my day. It forced me to focus and be productive for at least 8 hours of the day. After which, I would be so excited to start working on my own things that I would be tied up in activity until it was time to conk out. Maximum organisation and efficiency were always at play.

In sharp contrast that has not been the situation since arriving on the island. To start out, I didn’t really have anything to build a routine around hence why I was always out doing something or other, causing havoc and taking too much sun.

But now just 10 days in, I can already feel that chaotic behaviour subsiding. I’m working more, eating more and sleeping better…(although it is 4:49 am as I type this on the notes app of my phone for posting next week.)

I feel like in the travel-sphere I haven’t seen much commentary on sleeping and how difficult that can be to do in new places. New sheets, new beds, perhaps not the perfect pillow. It’s definitely not as glamorous to post about as crystal blue waters or pictures of lush green hills that’s for sure.

What I will say though, is if I’m going to be a part-time insomniac, I’m really glad I’m doing it to this backdrop. The sounds of the crickets and roosters in the early hours of the morning are comforting as I await the rest of the world to wake up.

Productivity as the year draws to a close

During this period of easing in, whilst I want to keep my responsibilities light to recoup from a pretty hectic year – having little things like the blog to keep me accountable to some level of productivity is definitely helping me with organising my time and days.

I think as a child of the internet, I always feel this subconscious pressure to be doing something productive. And as someone that’s so used to trying to be productive all the time, I’m not that great at being idle. I’ve tried to give myself permission to rest and be still for the rest of this year, before ramping up again in 2022. But there’s definitely still niggles of guilt whenever I end up chilling on the beach or not using every minute of the day towards some greater purpose.

Keeping in touch with home

Now I’m not usually one to post online very much – the pandemic definitely saw me take a step back from Instagram and other platforms.

For the purpose of keeping friends and family updated in this instance, embracing social media seemed the easiest way to go about it. Instead of sending photos separately to say 20 different people with accompanying voice notes, I could post to Instagram and have a similar impact, if not as personalised.

Surprisingly to me in posting on social media (though probably not for people who engage often), I found it quite breathtaking just how quickly I felt pressured to be interactive on the app and show that I was having a great time as that’s what people expected. I found myself selecting sunset photos to showcase whilst my eyes were literally red and burning from lack of sleep.

As an aesthetic queen, I love to make this blog look pretty. My pictures are thoughtfully taken and edited at times. That said, it’s really important to me to capture this journey as it is and not just a glorified Instagram version. Although if I’m posting there, a colour-themed grid is, of course, a must! But a pretty feed, or pretty blog, suggesting that everything is perfect, will be no good to me looking back in a few years, and it definitely wouldn’t be accurate for anyone following online.

On days where overwhelm is prevalent, being able to walk to the beach which is a short distance away is truly second to none. Taking a deep breath and looking out at the ocean is awing to me every single time I do it and goes a long way to granting perspective. It’s so easy to forget just how giant the world is and how small I am within it.

That’s one thing that always rings true for being ‘Up and Away’ – the perspective it brings. I can definitely get caught up in my head, and in my bubble at times, but taking a breather to appreciate my surroundings. Taking a moment out to ponder some trees or take some steps in new and often bumpy terrain, almost always yield positive results.

So in conclusion, there’s been a little turbulence upon landing in Barbados but I wouldn’t change it; even when I wake up at 3am, and forget where I am for a few minutes. When the dust settles, and it eventually dawns on me again where I am and what I’ve done – it all still feels unreal.

I’ll let you know if and when it ever begins to feel like reality!