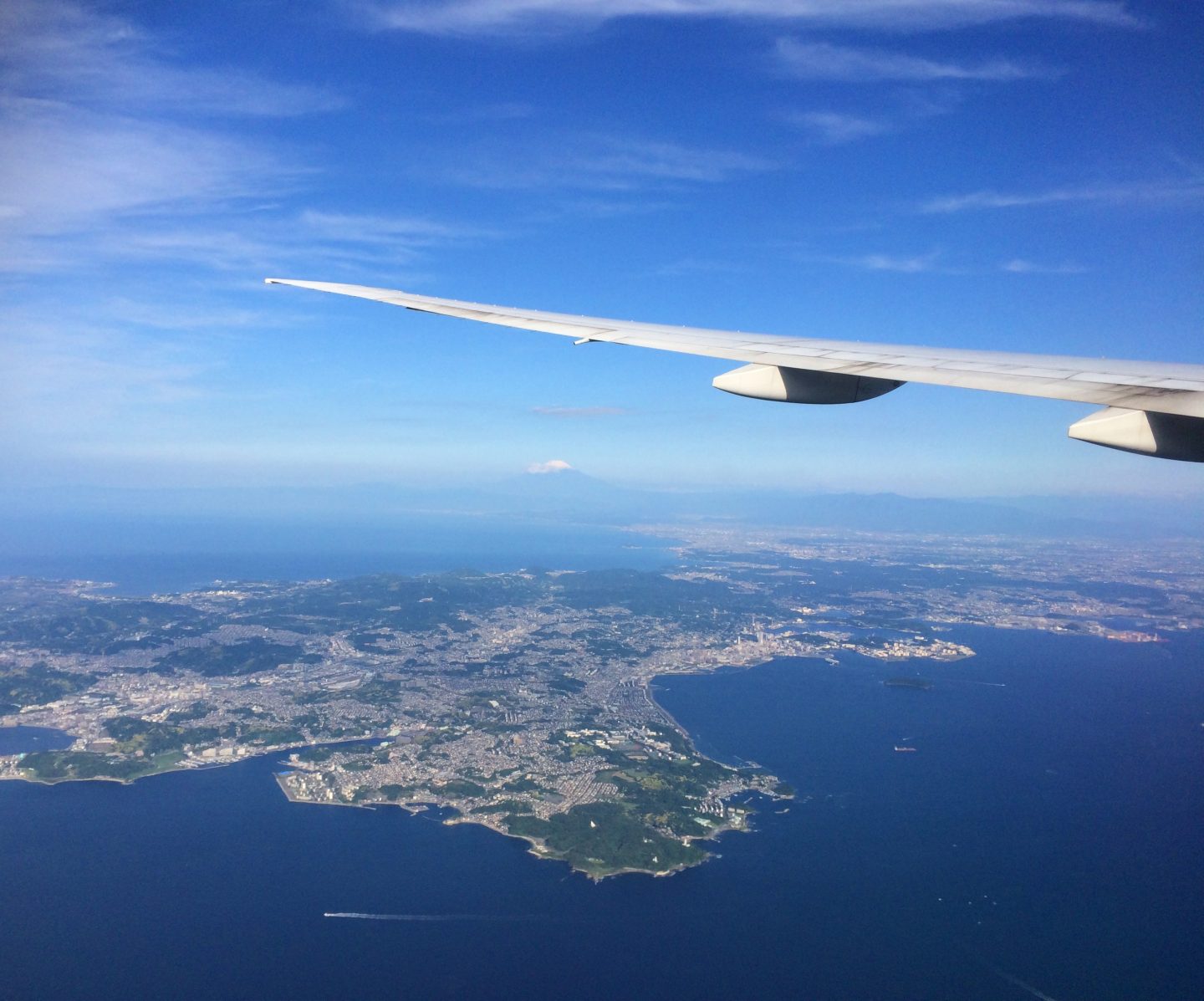 Tokyo, Tokyo where do I begin? I truly am lost in the sauce with this one.

I first mentioned back in February that I was Japan Bound, and last week I got back from the beautiful country. For lack of a better word, it was simply amazing, and I’m about to make quite a grand statement, so go ahead and buckle in for it. It all began as a short visit to see an old friend, and quickly became the trip of a lifetime! And I owe it all to my beautiful friend Miwa and the incredible city of Tokyo in beautiful Japan. The memories made, and gyoza eaten, I will never ever forget.

My days in the capital were jam packed! So instead of one stupidly long post, I think it’d be better to do a series of them, broken down by day.

Kicking things off – Flying to Japan.

Anyone familiar with me, knows my adoration for Shawn Mendes, When he released ‘Lost In Japan’ shortly after I booked my flights, I knew the trip was fated. I looked forward to meeting my friend and also Shawn there!

In the weeks leading up to my arrival, Miwa had asked me if there was anything I wanted to do in Japan (bar going to Tokyo Disney of course!) Knowing nothing of Tokyo I had literally no clue. I knew I wanted to eat gyoza and sushi but that was about it. So I did whatever I do when I’m not sure or need information on something – YouTube.

The video that was the most helpful – 100 Things to do in Japan by Kimdao. I watched intently and jotted down whatever seemed interesting. Among which were Tobu World Square, Narusawa Ice Caves, Shibya and of course Harajuku! Being the organised angel that she is, Miwa made us a jam packed fun-tinerary including everything I wanted to see and eat. My flight to Haneda airport began on Thursday morning, and ended Friday morning Japan time. I started at Schiphol Airport with a 10:05 flight, and needed to change at London Heathrow before getting my final flight to Japan. I went up to Amsterdam with my mum the night before and stayed at our favourite – the NH Hotel. (More about our night there will be viewable here on the blog some day soon!) This was my first big solo flight, and also first connecting flight ever, so I was suitably anxious; I had just 60 minutes to make my connection at Heathrow’s Terminal 5. This was anxiety was increased tenfold when as I took my seat on my first flight, it was announced it would be delayed 30 minutes. In my window seat at the back of the plane, as I looked out at the rain, panic set in imminently. My neighbour on the flight was a kind man from Germany. He was on the way to Bejing to start a new life himself, with his fiancé. Hearing his story of romance and adventure occupied me so I wasn’t stressing the entire time we were in the air, once we got up there! We managed to land just ahead of the expected time, so at 11 wheels were down on London soil. The next plane would depart would take off at 11:40. Would be plenty of time if it weren’t for the fact that Heathrow is bloody huge!

Second trip through security, seemed a tad excessive, but better to be safe than sorry I suppose. Then I half speed-walked, half ran through the airport. Shop after shop after shop, then gate after gate after gate. When I thought I was nearly there and began to relax in the lift down to my gate C53. Oh how wrong I was. I had to take a train to my terminal. A TRAIN! After that a sprint up two escalators and I was finally at my gate. Unfortunately, I couldn’t breathe. I would like to thank my brief Kickboxing training for the endurance to make that connection. I don’t think I could have managed it otherwise.

I boarded the plane, sweaty and panting, but once I was in my seat I could finally relax! It was smooth from there on out. I had a window seat, and a nice girl on the end of my row. Free seat in between us, so she got an extra blanket, and I got extra space. The perfect scenario. The staff aboard the flight were wonderful. This was my first British Airways flight in many years; actually since, my trip to Shanghai. I must have been one of a very few, if not the only black person aboard the flight so I was wished many times to enjoy my stay. Maybe the fact that I was grinning so much, put them onto the fact that I was on a trip rather than returning home per say.

On board I watched ‘I, Tonya’ – which was really good! And listened to some Japanese podcasts. I had meant to get some phrases down before heading over, but because I’m badly organised, and have been busy busy busy, I hadn’t had a chance. But British Airways Inflight Entertainment had me covered! From the podcast I got the basics on introductions and greetings, as well as the proper pronunciation of Kon’nichiwa. Finally, I finished the flight with some re-runs of This Is Us. By gum, I love that show.

We landed in Japan at Haneda airport just after 8 am. I don’t know that I really got any sleep, but I felt surprisingly refreshed. The sun was shining bright and bold, which always puts me in an excellent mood. I wanted to use the bathroom, and there were three stalls in the first restroom I located. Only the middle stall was available, a squat toilet. I had been prepared for this, so I sucked it up. It was time. After a not completely unsuccessful first attempt, I left my stall. Now the other two were vacant, and I was able to see that these featured the traditional toilet I was used to. With this I laughed at myself all the way to baggage claim.

The walkways there were spacious, and unscrupulously clean and maintained. There were flowers everywhere, and it felt like a warm welcome. At baggage claim I looked for the perfect spot to keep an eye out for my trusty yellow companion, when I saw some staff holding up names. Low and behold, one of them was mine. I almost squealed, like ‘oh, oh that’s me!’ Thinking that Miwa had arranged some sort of grand escort for me. After revealing my passport to prove I was indeed Gray, Charlotte the woman began with simply the words ‘your bag’ and it became clear this was not a special welcoming committee!

Unfortunately, my bag was in London. Whilst I made it to my flight, my partner in crime didn’t due to the unexpectedly short connection time.  Funnily enough, I wasn’t as upset about this as I imagined I might be were this to happen. My main concern was for all the chocolates and biscuits in my bag that I’d brought for Miwa and her family. I would be turning up empty handed. As the day unfolded, other practicalities like not have any clothes or personal items bar those on my back began to settle in. Which my brings us to the most important travel tip learnt from this trip:

‘Pack a spare shirt and underwear in your hand luggage, so if it happens that your baggage-less, you’re not completely without a paddle.’

As I was staying with a friend, there was really no crisis. I was able to use her toiletries and borrow a shirt, and pick up some unshareable items at UNI-QLO later in the day.

I must commend the team on being so organized. I went through a checklist with the lady who’d held me name, describing what my baggage looked like and it’s content. She seemed pleased that it had so many distinguishing features. Definitely not a case that could be confused for another with it being bright yellow, adorned with mickey mouse stickers, and sporting a luggage tag bearing my name.

So onwards I proceeded to arrivals. Without a case to pull it definitely felt strange, like I was missing something. Which, of course I was. But simultaneously, it was kind of nice to be travelling with just a backpack. We’ll have to see if we can travel like this on purpose in future!

And then, there she was! My Miwa, holding a sign for me. Unbound by dragging a case, I ran straight over for a big hug. And off we went, on our first adventure that you can read about in My First Day in Japan next week.