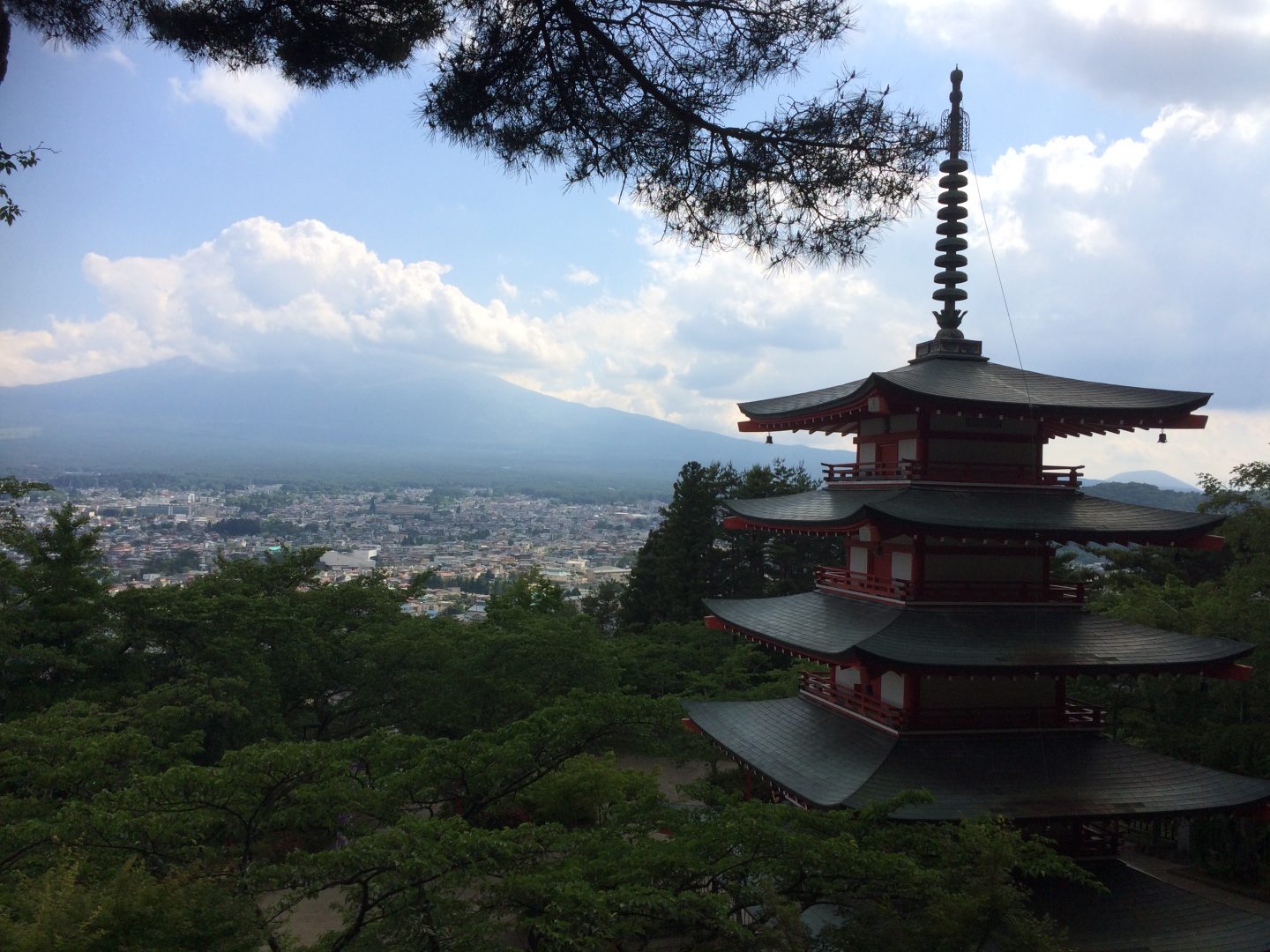 Day two in Japan took us to the Narusawa Ice Caves! The drive from our location in Tokyo was about two hours so we set off early at 8, stocked up on snacks and brought pillows along to be super comfy on the drive.

I’ve never really been a big fan of breakfast (I know, I know, it’s the most important meal of the day) but in Tokyo I found my true breakfast love – Onigiri! I see now I didn’t take picture of mine, as I was clearly too busy nomming it, so here’s a web found example.

It’s a rice triangle or ball with different fillings wrapped in nori (seaweed). It might seem a bit different, but it’s SO good, and an optimal breakfast food. Quick and easy to eat on the go, and most importantly – filling. My first Onigiri was sour plum flavour, and over the course of the trip I tried a few different ones including salmon, but my favourite was tuna mayonnaise by a mile. Just even thinking about it now…ooh I’ve gone all funny.

Another part of brekkie was a sandwich as I was clearly famished. It was crustless and delish. Ham, cheese and egg. Hit the spot. 7/11 was a big part of food supply on our many day trips and they truly never ever ever disappointed. Brava! After my car breakfast, something about the full stomach, warmth and smooth driving put me right to sleep. I’d like to blame this on jet lag instead of a fast approaching case of narcolepsy. When I was awoken, we were at Narusawa Ice Caves! I was more than excited. This excitement quickly turned to fear when we had to fit our helmets and descend into the caves. The first ice cave had very low ceilings, and severe ducking was needed to make it through the allotted standing spaces. As we verged deeper it got colder and colder reaching temperatures of 0 degrees. At one point, we had to crawl on our knees to fit through a space, and my helmet came off as I hit my head on the ceiling. It was then I truly thought I was done for, and regretted asking to come. But fortunately, Miwa’s brother Hiro lived up to his name and saved me. I shakily proceeded to another part of the cave where I could stand fully extended again, and my impending death felt further away. Clearly I won’t be going on any adventure weekends with Bear Grylls anytime soon.

After escaping the first cave safely, it was time for the next – the wind cave.  This was just a short drive and then walk through the forest away. This cave was much more spacious, and I wasn’t as terrified for my life, I even managed to take some photos inside. Here’s some…ice. And how silk worms used to be kept to produce silk. Next up was lunch and lakes! I had a tempura dish with udon noodles, before we ventured to a lake the overlook Mt Fuji. It was a slightly overcast day so you couldn’t see the top of the mountain, but even still it was a staggering view to behold. The lake area was so quiet and tranquil; truly beautiful. Don’t ask me what I’m doing with my hands; I don’t know either. Next up was a stop Chureito Pagoda. With many steps to climb to the top it was a great little workout, and the views from the top couldn’t have been more worth it. Fun fact: I borrowed this shirt from Miwa, being cloth-less and all. When we went to dinner that night our waiter asked if I was an athlete. I’d like to think this is because he could tell I do a few star jumps and the

plank for about 30 seconds every other day, but in hindsight it was most likely down to the basketball shirt, and the fact that I hit my head on some hanging decorative lanterns on my way into the restaurant.

This evening my case came and I was so happy. I could finally gift my gifts I had painstakingly wrapped so they would arrive in one piece. I was well chuffed. The last activity of the day, was a walk around the neighbourhood. In my area, the most I’ll see are some nice houses and maybe a park or two, but the view’s in Miwa’s area were more like this. At night, the place was just as quiet, but as we walked around the river there was music ebbing from a guy practicing on his guitar and also unintelligible chit chatter from those talking and enjoying each others company whilst looking out to the river. Several men were lined up on one side, casting their fishing rods into the darkness, whilst other couples and individuals walked their dogs on the tranquil night.

We returned absolutely pooped and ready to catch some z’s. What lay ahead was another fun filled day to Tobu World Square!