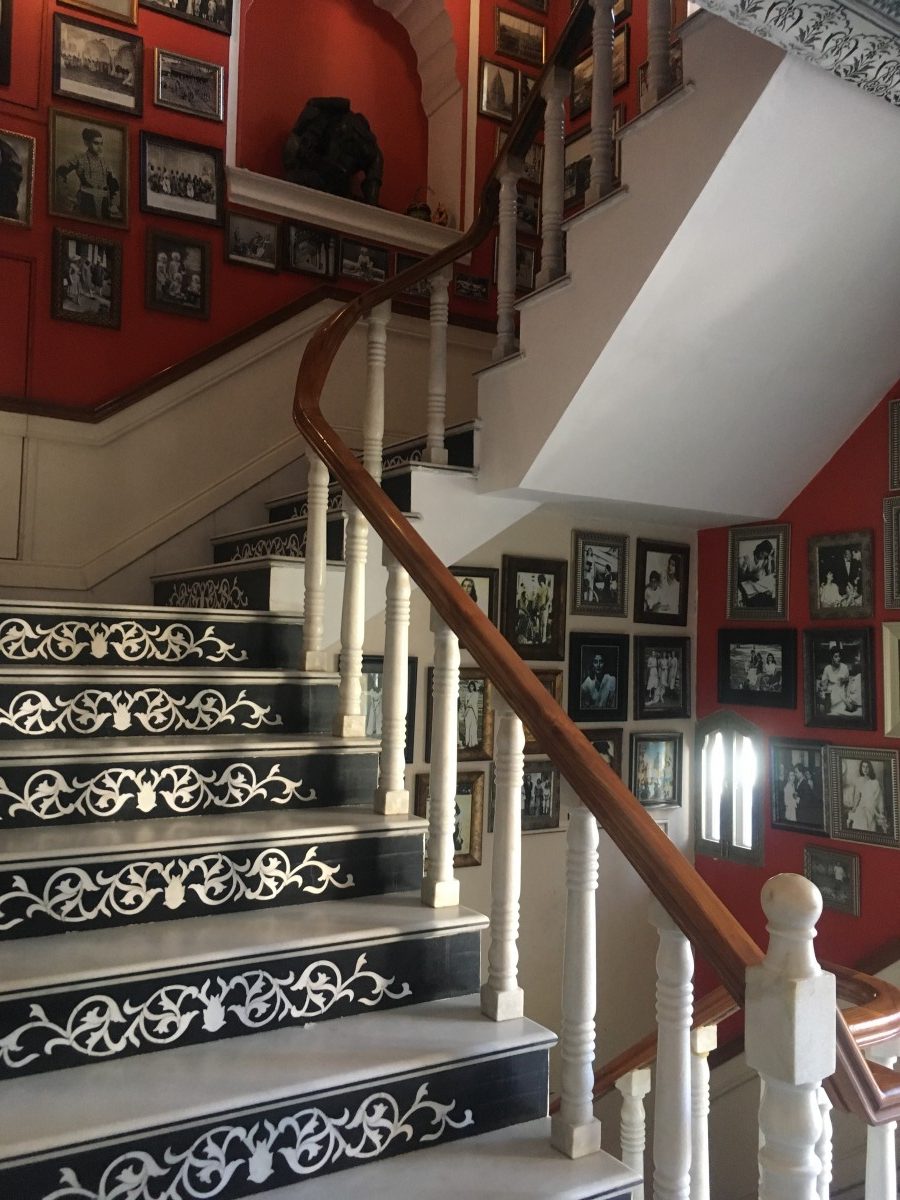 But when we showed up declaring our reservation, the gentleman on reception was certain we did not have a reservation there. I looked at the confirmation in my hand, and back to him somewhat baffled, but mostly delirious. I’d booked all of our hotels and transfers via booking.com so how could we be at the wrong place?

Fortunately, this mishap introduced us to Samir, a tuk tuk driver that helped operate the free tuk tuk service between the two Pearl Palace Hotels. Samir was bright, bubbly and spoke Japanese which had delighted Miwa and I no end. Through him we were connected to Raj, who showed us a great time in Jaipur the following day, so it did all work out in the end.

On arrival to the Pearl Palace Heritage, we were excited to be finally at our true destination. We checked in no problems, and were advised that both the rooftop restaurant, and breakfast dining were back at the other hotel. *sigh* Fortunately, the free tuk tuk service made this much less of a drag that it initially sounded.

We were shown to and around our room, and it was…really something. I wish I had taken more photos of it. Our room was called Nirvana, and truly, we did feel like we were on something in the room.

Vibrant artwork extruded from all over the walls. Buddha smiled down at you from above the bed, sitting crosslegged amongst huge apple bearing trees against a cloudy sky. Beside him, a bird could be seen (singing?) whilst perched on top of a rabbit, balanced on top of a monkey, wildly eating an apple, whilst riding an elephant.

On the opposite wall large gates, that seemed to be of Chinese origin, were flanked by dancing dragons, that were undoubtedly 100% Chinese.

The bathroom was punctuated by more dragons if you can believe, and all the primary colours married together in tessellated patterns across the shower walls and floor.

As soon as our room guide had left the room, Miwa and I erupted into a fit of laughter.

DISCLAIMER : All the above to say, the craft in the room was spectacular and unlike anything I’d ever seen before. The service at the hotel was second to none and we very much enjoyed our stay. The room we got, was just so drastically different to the room we had been anticipating. Once we left, I actually quite missed the monkey riding the elephant!

Once we were done laughing, we headed straight back to the Pearl Palace Hotel for dinner at the rooftop restaurant which was exquisite! Up around 5 flights of stairs (which we took, as I hadn’t realised there was an elevator) we stepped out under a starry sky to delicious smells, and that same chill  Indian music being played by a live band like the night before in Udaipur.

Food here, as always, was delicious. I had my first non vegetarian meal here, and also had my first ever Lassi which we were also warned against having. (To clarify: We were warned against eating these things to stay well, and not get ill because our bodies aren’t used to the dairy, meat etc.) I’m not sure why we decided to take these risks before out full day of sightseeing in Japiur, but we were clearly feeling bold, and am glad we were.

A bowl of butter chicken, and sweet lassi later, we were so pleased and full.

After dinner we hopped the free tuk tuk back to our own Pearl Palace Hotel and quickly fell into a food induced sleeps. Dreaming of what lie in store for our big sight seeing day ahead…